For the culture, and ONLY for the culture. This year some of our favorite artists made music for our melanin, our tribe, and our love of Black people. Whether it was to boast about black beauty or address the racial injustices that exist – they covered it all giving us powerful anthems that we’ll sing beyond this new decade.

Here are our top picks for the Blackest Songs of 2019:

Inspired by the one and only Issa Rae who boldly stated at the 2017 Emmys that she was rooting for everybody black. Wale released “Sue Me” on his latest album “Wow, That’s Crazy”.  The song features Kelly Price and sampling the Mississippi Children Choir for one of the most pro-black songs this year. “Sue me, I’m rootin’ for everybody that’s black/ that’s everybody from sports to the college class to rap, and back”.

This anthem left its mark this year and had the world singing about the beauty of brown skin. Making its debut on The Lion King soundtrack, Beyonce tapped her daughter Blue Ivy Carter, SAINt JHN, and WizKid for an assist. “Brown skin girl/ your skin just like pearls/  the best thing in the world/ I never trade you for anybody else”.

Dropping one of the blackest albums of the year, Rapsody’s “Oprah” is for the culture. The lyrics and video focus on the theme of making sure our black dollars “circulate” within our communities. Featuring Leikeli47 and poet Reyna Biddy, this promotes the dopeness of our black queens and their love for the culture. “I work the green like the Masters/ That new slave talkin like he got a master/ Screaming Free Thought/ All the greatest legends behind bars they really talk/ Everything I say is everything I really walk”.

Many have used their platform to give back to low-income communities. One of these individuals is Lebron James. In 2018 Lebron opened up his I Promise School in Akron, Ohio for at-risk children. Anderson Paak’s King James not only celebrates Lebron James and the work he’s done but also anyone who has given back to the less fortunate. Anderson also makes mention of Colin Kaepernick and his experience with the NFL as a result of him using his voice to stand up against police brutality. We couldn’t stand to see/ our children shot dead in the streets/ But when I finally took a knee/ Them crackers took me out the league/ Now I’m not much for games/ But I play for keeps/ And we salute King James for using his chains/ To create some equal opportunities.

You have to bow down to the queen of blackness, Ms. Solange Knowles. Solange had already made her mark giving us an ode to Black Culture with “A Seat At The Table”. Her latest album, “When I Get Home” continued on this journey and delivered us, Almeda. A song boasting of the many things we as Black people have created within our culture. “Black skin, black braids/ Black waves, black days/ Black baes, black things/ These are black-owned things/ Black faith still can’t be washed away/ Not even in that Florida water…”

Jidenna came through for the culture on this one. His album 85 to Africa plays on the African culture with title tracks like “Sou Sou” and Tribe. The single “85 to Africa” addresses the new interest in Africa and DNA testing to identify which part of Africa people are from. At one point this was not the case. “I took my crew on vacation/ Accra to Abuja, amazed them/ Uh, now they gon’ do DNA sh**/ Most of y’all hopin’ you are from Lagos/ Used to hope we were cool like Jamaicans”.

Sharing his own experiences as a Black man in South London, rapper Dave released “Black”, a song speaking to the many things that our Black culture is. He not only speaks on the beauty of being black but also the inequalities faced by Blacks. “Look, black is beautiful, black is excellent/ Black is pain, black is joy, black is evident/ It’s workin’ twice as hard as the people you know you’re better than/ ‘Cause you need to do double what they do so you can level them”.

Not only did get 2019 gift us with the King Bey’s Coachella special, but we also got the remake of our favorite cookout song. This song had us electric sliding through the year at every party/event we attended, reminding us that our music for us by us ALWAYS creates our favorite Black culture moments. 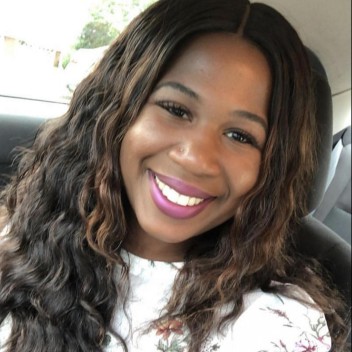 View all posts by Tammy